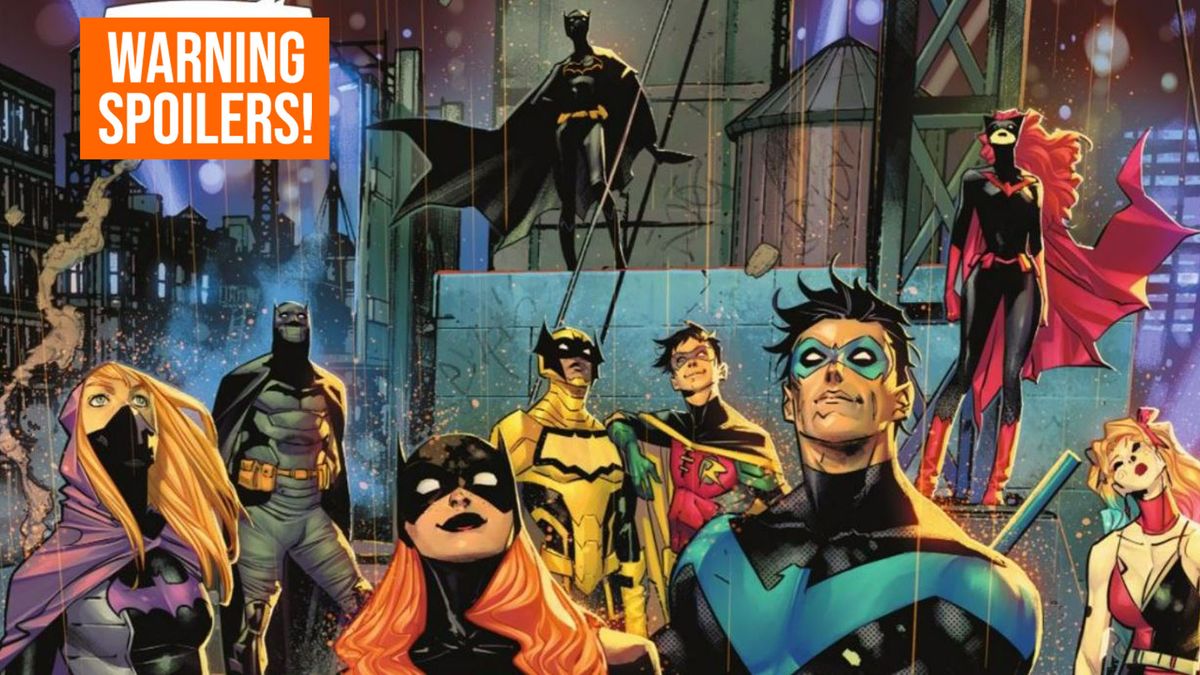 Batman’s time as Gotham City’s main protector (albeit likely temporarily) will come to an end in November 30’s Batman: Fear State Omega #1, as part of what DC calls “a new day” for the city. Since DC announced Bruce Wayne’s impending departure back in August, another shoe has dropped with word that the new Batman (Jace Fox) will also be leaving Gotham – in his case, to relocate to New York City.

But it appears that Gotham City will be just fine without the Batmen.

Spoilers ahead for Batman #117

Over the course of the ‘Fear State‘ issues of Batman (culminating with November 16’s Batman #117), the Dark Knight has openly sung the praises to his new ally Miracle Molly of the network of heroes he’s cultivated in Gotham City, including his current and former Robins, Batgirls, and his cousin Batwoman.

And in Batman #177, Batman’s allies live up to his praise in a big way, which seems to be DC’s way of signaling to readers Gotham City will be fine in Batman’s post-‘Fear State’ absence.

In the finale, Batwoman, Nightwing, the two Batgirls, and Robin all team up to infiltrate Simon Saint’s secret headquarters, where the villain tried to forcibly control Gotham City (no matter what the collateral damage).

While Batman and Miracle Molly take down Saint’s one-time henchman Peacekeeper, it’s the Bat-Family that actually win the war in ‘Fear State’ – as well as managing to relight the Bat-signal which has been broken since 2020’s ‘The Joker War.’

“A familiar light is shining above Gotham for the first time since before the Joker War. And with it, a familiar feeling, of hope,” says an unnamed TV news broadcaster in the final moments of the issue.

“I think all of us in Gotham know who we can thank for bringing this fear state to an end.”

In that moment, artist Jorge Jiménez spotlights not Batman himself in the splash page, but instead the rest of the Bat-Family: Batgirl (Barbara Gordon), Nightwing, Harley Quinn, Batgirl (Stephanie Brown), the Signal, Robin (Tim Drake), the new Batman (Jace Fox), Batwoman, and Batgirl (Cassandra Cain).

This apparent new status quo of a team of defenders of Gotham caps off James Tynion IV’s two-year run as the writer of DC’s flagship book and will be the last issue drawn by Jiménez for a while (he’s said previously he would return to the book). Batman will continue with an international mystery from the new creative team of writer Joshua Williamson and artist Jorge Molina with Batman #118.

The Bat-family (minus both versions of Batman) will pick up the slack as Gotham’s protectors just in time for the ‘Shadows of the Bat’ event, where the flagship Detective Comics title goes weekly beginning with December 28’s Detective Comics #1046. They’ll also be appearing in the ongoing series Nightwing, Batgirls, and Robin, as well as the Robins limited series.

For those despondent over Batman (both of ’em) no longer patrolling Gotham City, keep in mind that these kinds of changes in comics are usually temporary – a ‘breath of fresh air’ so to speak with a different status quo, before falling back into what the characters are known for – in the case of Batman, that’d be Gotham City.

Here’s our ranking of Batman’s best supporting characters in the Bat-Family.