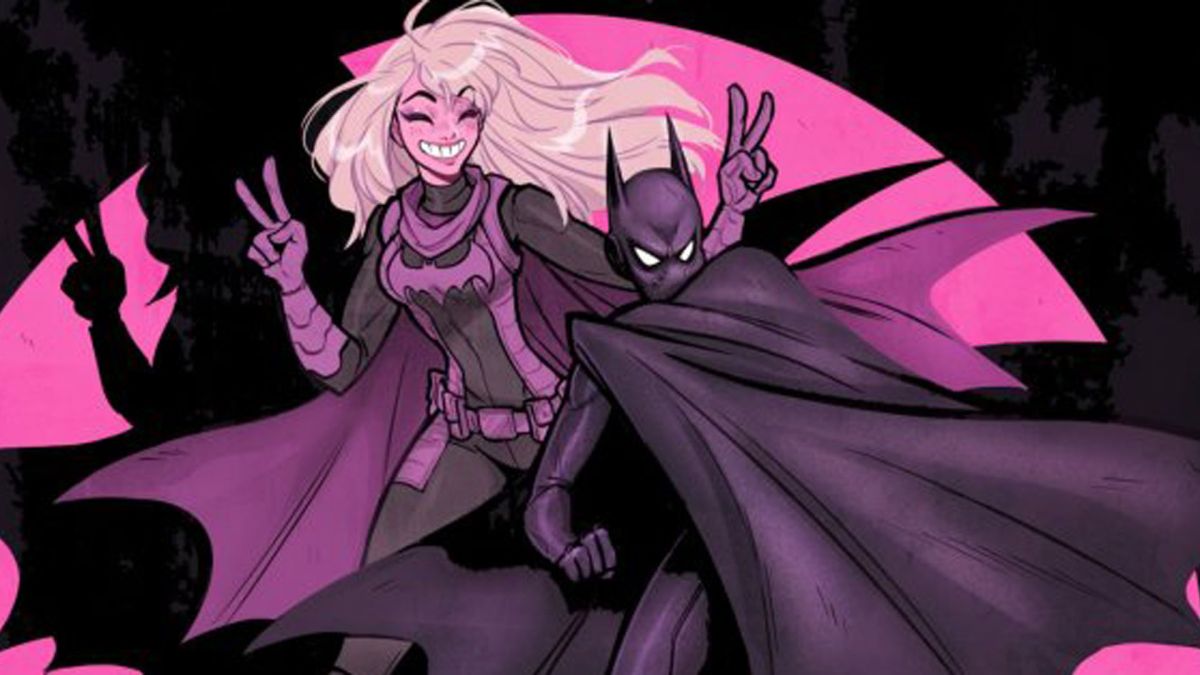 After a series of hints and teases, DC is finally launching a Batgirls series starring Cassandra Cain and Stephanie Brown by writing partners Becky Cloonan and Michael Conrad (Wonder Woman) and artist Jorge Corona (We Are Robin).

Launching December 14, the series follows Cass and Steph who manage to survive the “dark, gritty, and oftentimes scary Gotham City” by relying on one another’s friendship.

However, things shouldn’t get too dark or gritty as the series is intended for an all-ages audience, and according to the publisher, “sings with the energy of the Linda Lindas rocking out to ‘Claudia Kishi.'”

(The Linda Lindas are, of course, an all-girl preteen punk band who went viral with a live performance video earlier this year and have a song about Claudia “Claud” Lynn Kishi, the popular Asian-American character in The Baby-Sitters Club series of books by Ann M. Martin).

As recently established in the various Batman family titles this year, the duo will be mentored by the original Batgirl Barbara Gordon, who in its announcement DC refers to as Oracle. Eclectic friends and crimefighting partners, the quiet Cass and rash Steph recently moved to another part of Gotham City to lay low and so that Babs can keep a close eye on them, especially since their privacy has been invaded by the hacker Seer.

Batgirls #1 will feature a cover by Corona, masked and unmasked connecting variant covers by InHyuk Lee, along with variant covers by Rian Gonzales, Dan Hipp, Yoshitaka Amano, Babs Tarr (a Things From Another World exclusive), and Will Jack (two versions). Check out those Batgirls #1 covers here:

Batgirls #2 will then follow on January 11 featuring a new secret muscle car (which reminds us of Matt Reeves’ upcoming The Batman) and their new secret patrol route. When Stephanie starts witnessing some strange occurrences through the window of the building across the street, despite their instructions to keep a low profile they’re compelled to investigate whether the recent murders are connected to them.

We imagine the similarities between Batgirls and the new Amazon Prime original movie The Voyeurs are purely superficial.

Meanwhile, the girls go through a teenage right of passage as Barbara concludes the best way for the girls to wear her newly upgraded communication devices is by getting their ears pierced, which freaks Cass out.

Batgirls #2 has a cover by Corona and variant covers by Hicham Habchi and Gonzales.

Check those covers out here:

Check out more of DC’s December 2021 plans including the return of Alec Holand, its post-‘Fear State’ Batman plans, and a series depicting the last days of Krypton.

Cass and Steph don’t quite have the resume to make our list of the best female superheroes of all time or our list of the Bat-family’s best supporting characters, but maybe someday.