Apple Arcade’s next game is like Pokémon Unite, but with Disney and Pixar icons 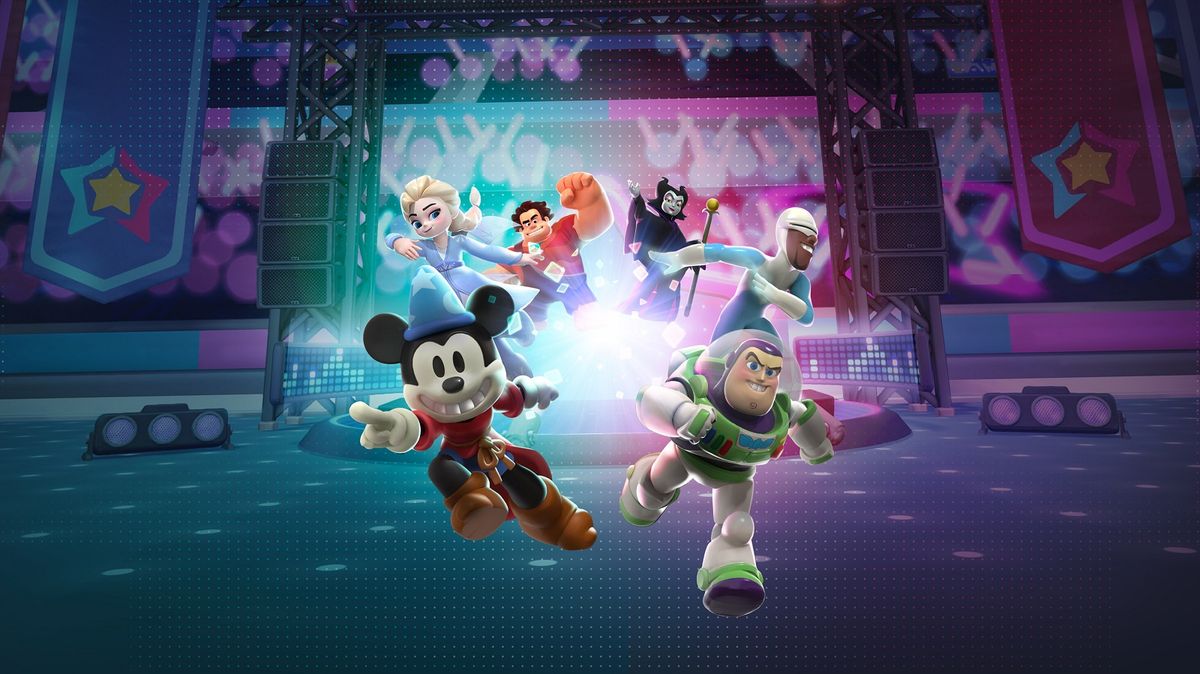 Apple Arcade’s next exclusive game coming in December is a true novelty: a mobile battle arena like League of Legends but simplified like Pokémon Unite… and starring Disney and Pixar icons.

Disney Melee Mania, produced by studio Mighty Bear Games, will join the Apple Arcade subscription service at an unspecified December date as a family-friendly MOBA that retains competitive combat, but with simplified gameplay, per the Apple news post.

Unlike League of Legends, there are no lanes, towers, mobs, or bases; and unlike the streamlined Pokémon Unite, there aren’t items or in-match skill progression. There aren’t even super abilities, which are a mainstay for the genre. Instead, Disney Melee Mania preserves the core of the experience – team-based combat with players choosing among a roster of characters with different abilities to mix and match.

The game will launch with a roster of 12 characters, from headliners like Elsa (Frozen), Buzz Lightyear (Toy Story), and Mickey (Sorcerer’s Apprentice outfit) to Moana, Frozone (The Incredibles) and Eve (WALL-E), along with supporting characters like Timon (Lion King), the Manticore (Onward), and Bing Bong (Inside Out). It’s an eclectic mix, to be sure, but makes room for lesser-seen Disney and Pixar characters to shine.

Mighty Bear Games promises more characters will come, including Maleficent (Sleeping Beauty), as seen in the game’s promotional art above.

Analysis: sure, a Disney MOBA, why not?

A Disney-fied mobile battle arena wasn’t on my 2021 bingo card, but Disney Melee Mania is an intriguing game from several perspectives. It shrewdly fits Apple Arcade’s demographic of younger and more casual gamers, those who will enjoy playing Disney characters with fewer rules and systems to learn than in more complex games in the MOBA genre.

The mobile Wild Rift arrived early in 2021, but it took great care to preserve a lot of the complexity of the desktop League of Legends experience. Pokémon Unite launched earlier this year on the Nintendo Switch (and later, smartphones) with a similar idea: jettison the more complex MOBA mechanics in favor of a more streamlined game that caters to Pokemon fans, yet retains the core appeal of team-based combat.

Disney Melee Mania takes that concept and simplifies it further: champions drop into short five-minute matches with three themed abilities (Elsa can summon her ice giant, Bing Bong drops healing candy). No items, no level-ups, no super skills, and only two modes: a team battle where each kill scores points, and a king-of-the-hill style mode where holding on to zones scores points.

There’s no battle pass, since Apple Arcade doesn’t allow microtransactions, but there will be timed events where players can earn cosmetics for their characters, giving young players a safe way to try out modern competitive gaming before they dive into the free-to-play world.

In other words, Disney Melee Mania could be baby’s first MOBA that gets kids on the path to esports stardom.