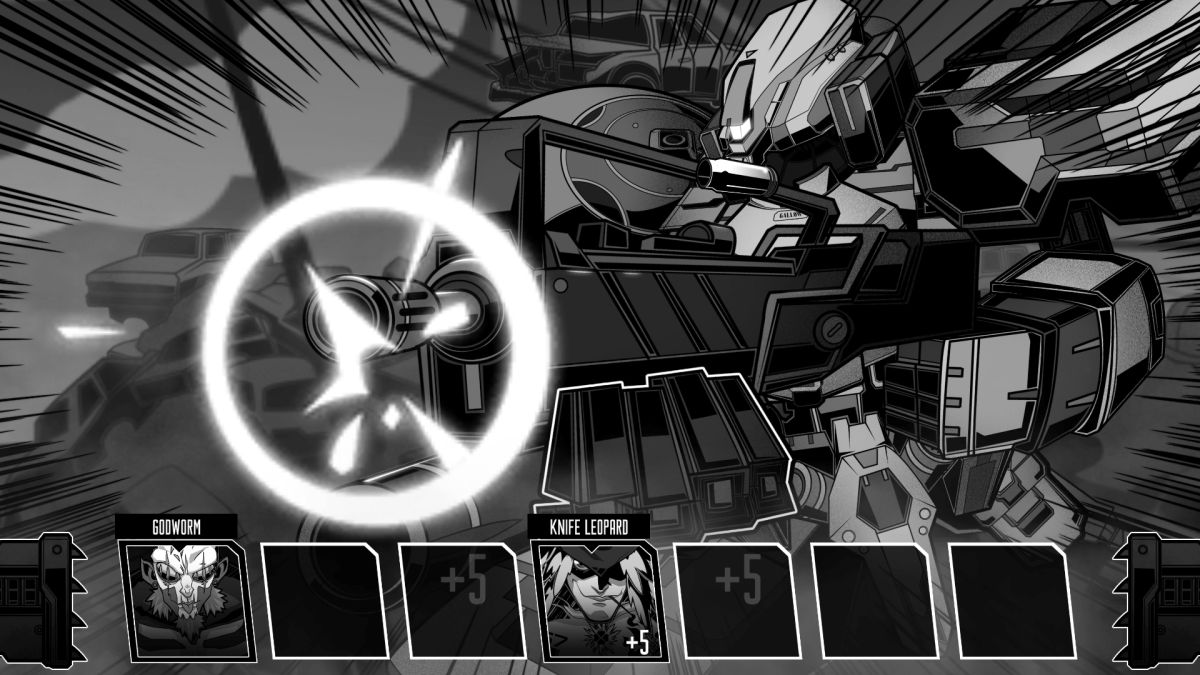 Of the dozens (and dozens) of game demos at Steam Next Fest, Wolfstride was one of our favorites. Rachel said she’d never seen a mech game like it before.  “Wolfstride’s bold, comic-book animations look spectacular, and it really gives weight and flair to the explosive battles,” she wrote of the turn-based RPG.

That demo is still available, but if you’re interested in playing the full game you won’t have to wait long at all. The makers of Wolfstride have announced a December release date with a stylish and fun new trailer you can watch above.

“Featuring eye-popping black-and-white anime-inspired graphics, Wolfstride is a role-playing game about three former partners-in-crime arriving at a turning point in their lives,” reads the press release from OTA IMON Studios and publisher Raw Fury. “When they inherit a junkyard mecha called Cowboy, they reunite to enter the planet’s most elite mecha competition: the Ultimate Golden God Tournament.”

Your three characters will combine their skills to make your mech the mightiest. Knife Leopard is the mech pilot, doing battle in the ring. Duque is the mechanic, who will repair and upgrade your mech with new weapons and abilities between bouts. And Dominque is a former Yakuza who will explore the city to build relationships and take odd jobs from the locals to earn scratch to pay for the whole operation.

The stylish art, story elements, and ten-ton mechs bashing the hell out of each other in the ring sounds like a winning combination to me. Wolfstride launches on Steam on December 7.