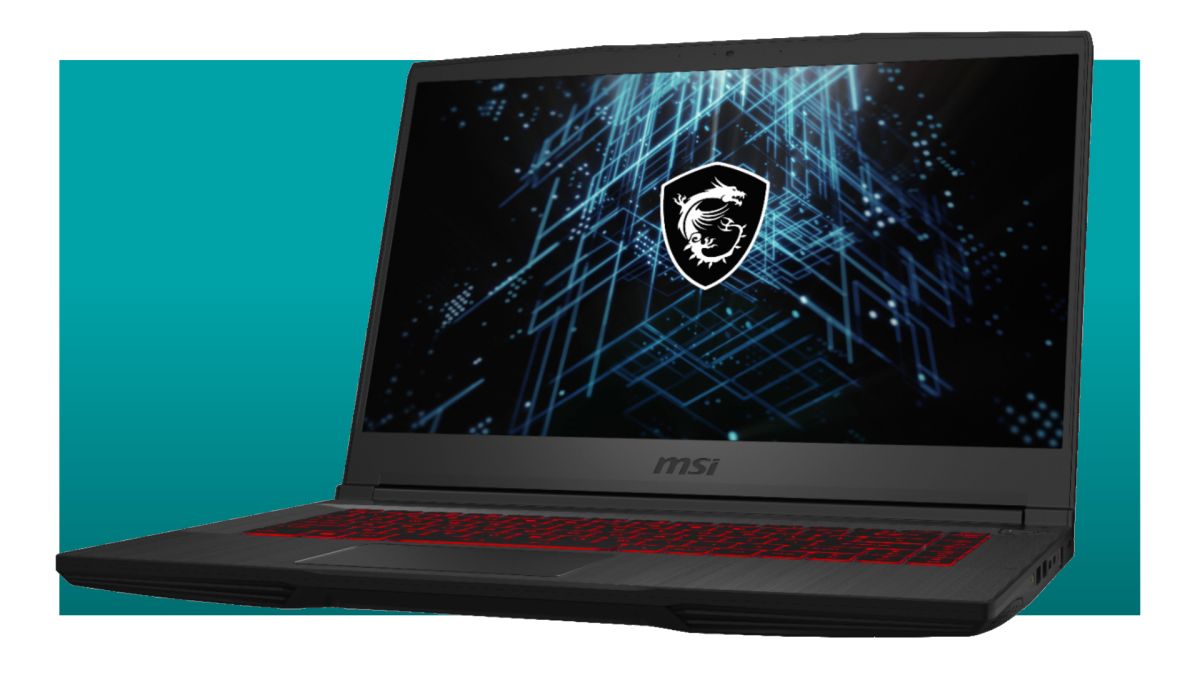 The MSI G565’s current-gen GPU comes backed up with a 10th Gen Intel CPU that’s at the lower-end today, but it’s still a relevant enough combo that’ll give you an easy run at the laptop’s native 1080p resolution.

The likelihood is you’re going to be playing most games at mid-to-high graphics settings to get the most out of this one, but for competitive gamers you also get the benefit of that 144Hz panel.

You’re limited a little when it comes to storage space, so you’ll probably have to pick and choose between your gaming loadout, especially consider the file sizes of some of today’s games (opens in new tab). It’s also a little low on the RAM side of things; generally 16GB is a good medium, but 8GB will see you through. Just don’t expect to have several apps open at once.

Oh, and this one comes with Windows 10 installed, rather than Windows 11 (opens in new tab), so that’s great for anyone not looking to upgrade to the new OS yet. Though Microsoft might make that choice for you as soon as you get online.