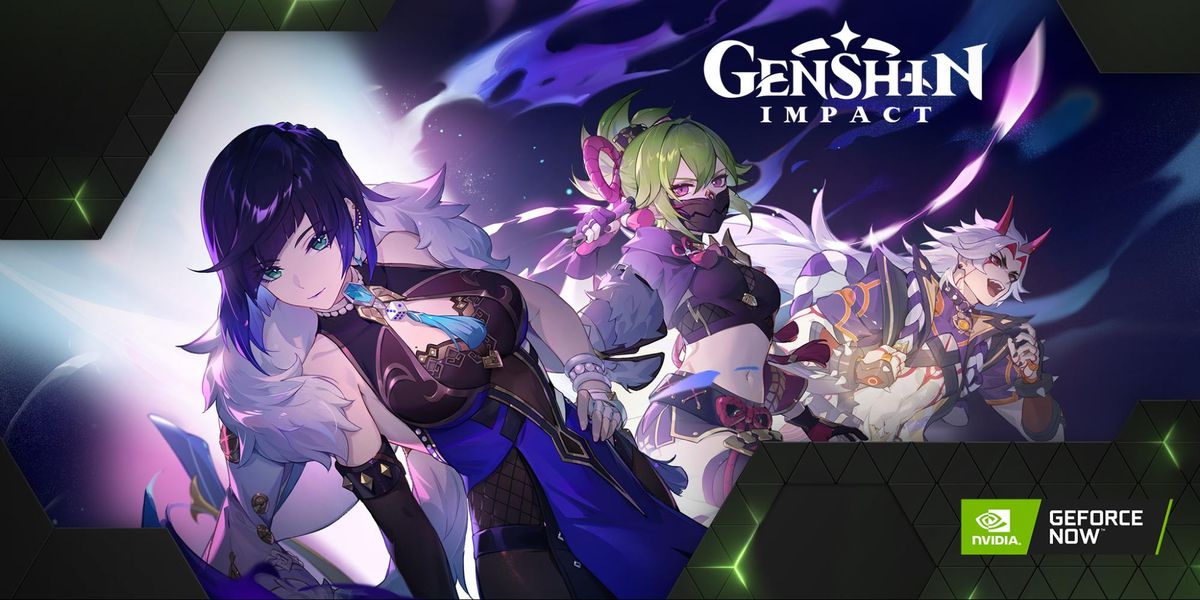 There’s nothing like an open world RPG to just sink your fangs into, developing your character as you explore the wealth the world has to offer. New biomes and new enemies will constantly put your skills to the test and let you keep the challenge and sense of adventure alive. With some many great ones out there, it can be hard to know where to start, but here are a few solid options that you can dive into in no time and on just about any device with NVIDIA GeForce NOW.

Genshin Impact has turned into quite the game since it first debuted back in 2020. The game world was huge even when it was in that early access state, and it came filled with a colorful cast of characters you could add to your roster. Since then, it’s only expanded. There’s tons to see all brilliantly painted in the games’ dazzling cell-shaded graphics, giving the game an anime-like feel. Enemies pose unique challenges that will test your ability to combine the powers of various characters for the most potency, and end-game content just keeps coming down the pipe in the Spiral Abyss and regular events. Plus, you don’t have to explore the huge game world alone, as Genshin Impact allows you to team up with friends online as you run about the world.

An open world is great, but what about open worlds? Mass Effect Legendary Edition takes you right out into space, letting you and your crew jump between planets for a wide-reaching adventure. The game has about as rich a story as you’ll find in a video game, and you’ll find a ton of weight to the decisions you make through the game, really hammering home that role-playing aspect of the game. With the Legendary Edition, you’ll get to play through the entire original trilogy.

Even more than a half a decade after its release, The Witcher 3: Wild Hunt is still a brilliant RPG worth visiting. Though you’ve only got the choice of playing as Geralt, the brilliant story in the game is only made all the better by providing the flexibility for you to interact with it in ways that shape the narrative. Your choices have consequences in the game, and sometimes they can be huge, making the world feel that much more alive. The world is also huge and beautifully realized with an art style that holds up incredibly well. It’s easy to accidentally forget about the story entirely while exploring.

Assassin’s Creed Origins brought a shift to the formula of the franchise, and Assassin’s Creed Odyssey refined it. Tag on top of that some great characters, the incredibly fun to explore lands surrounding the Aegean sea, and a ton of Greek mythos, and you’ve got a great open world to enjoy. You’ve got your choice of two characters from the start of the game, and from there you can follow their stories, building out their abilities in ways that suit your play style and equipping all sorts of gear that can further boost your capabilities.

Dragon Age Inquisition has built a massive open world and loaded it up with content. The world feels lived in. It’s densely packed and sprawling, so no running through what feels like miles of emptiness just to track down little things to do. It’s not just a lush world that Bioware presents here but also a rich story. And with the ability to play your character your way and build a team of allies to support your playstyle, it’s got all the makings of a great open world RPG.

All of these games are now accessible on NVIDIA’s GeForce NOW cloud gaming service. GeForce NOW puts powerful gaming hardware at your fingertips whether you’re playing on an average smartphone, a low-power laptop, tablets, or even some smart TVs. All you need is an internet connection to tap into the computing power of GeForce NOW. With multiple tiers of service, you can enjoy upgrades to the graphics and frame rates as well, like the RTX 3080 membership 1440p/120Hz and a 4K HDR option on NVIDIA SHIELD TV.

Since the games are already loaded up in the cloud, you also don’t have to wait for the lengthy downloads that are so often associated with massive open world games. You’ll also get access to plenty of other games, including many you may already own in Steam, Epic Games Store, and other popular game libraries.

You can find out all about GeForce NOW and the latest updates and new games coming to the service through the weekly GFN Thursdays blog or by following GeForce NOW on Twitter or Facebook.