‘No Company Can Own’ the Metaverse, Says Epic Games CEO 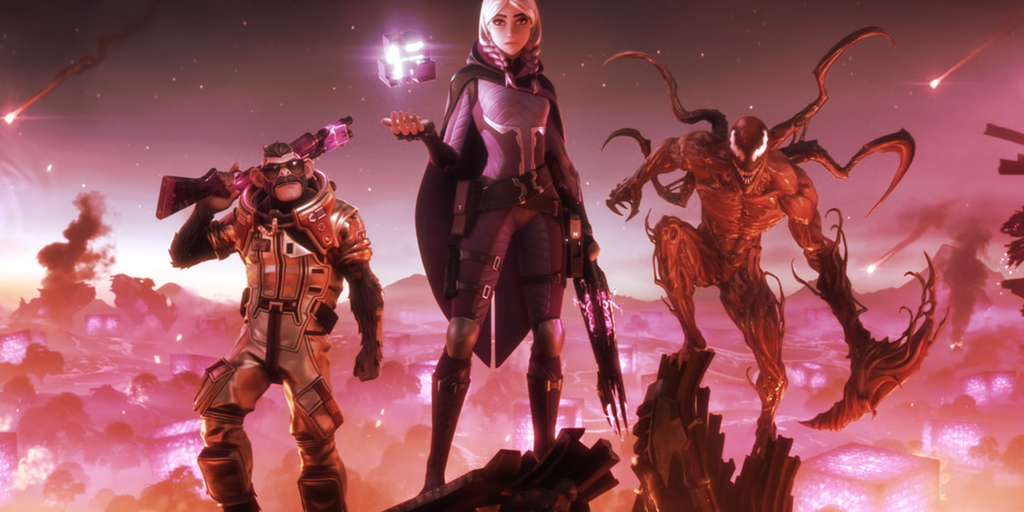 The developing online metaverse has gotten a lot more attention lately on the back of Facebook’s rebranding to Meta, not to mention this year’s NFT market surge and rising interest in Ethereum-based metaverse games. Fortnite creator Epic Games similarly sees huge opportunity in the space, but its CEO isn’t aiming to singlehandedly rule the metaverse.

At this week’s Global Conference for Mobile Application Ecosystem Fairness in Seoul, South Korea, Epic Games co-founder and CEO Tim Sweeney spoke against closed software ecosystems in the wake of its legal battles with Apple and Google. In the same vein, he said that the metaverse is a broad concept, and should not be controlled by a single entity.

“The metaverse is a term like the internet,” said Sweeney, per a report from Bloomberg. “No company can own it.”

The metaverse refers to the potential future evolution of the internet, in which social interactions, games, and even work will increasingly take place via avatars in 3D environments. User-owned NFT assets, tokens used to represent ownership over digital items, are expected to play a large part in what’s expected to be a series of shared, interoperable, online environments.

Facebook has emerged as the largest potential player in the emerging space. At its annual conference last month, the company shared its vision for an online world in which users hang out, play games, and even work in such 3D spaces, as well as use NFTs to customize their spaces, collect digital merchandise, and more.

Along with the demonstration, Facebook rebranded its parent company to Meta. The company is investing heavily in the space, and plans to hire 10,000 people in Europe as part of the push. The firm also says that it will build in collaboration with other creators and companies, with CEO and co-founder Mark Zuckerberg claiming that it will build “responsibly” in the space.

However, many in the crypto world fear the influence of a powerful, centralized company like Facebook. Last month, Yat Siu—co-founder and Executive Chairman of Animoca Brands, which has invested in dozens of crypto and metaverse startups—told Decrypt that he views Facebook and Chinese tech giant Tencent as “threats” to an open metaverse.

“We’re kind of in a hurry to make this happen,” Siu said of building an open, composable metaverse before major players have a chance to exert power and establish structures. Epic’s Sweeney similarly told Bloomberg that metaverse hopefuls are in a race to draw the largest audience of players and participants.

“The next three years are going to be critical for all of the metaverse-aspiring companies like Epic, Roblox, Microsoft, [and] Facebook,” he said. “It’s kind of a race to get to a billion users. Whoever brings on a billion users first would be the presumed leader in setting the standards.”

Epic’s popular game Fortnite is one of the closest analogs we have to a metaverse right now, with tens of millions of players logging on daily to compete, socialize, and create together. It’s all presented in a colorful 3D world in which players can customize their avatars from an array of character skins, including those from popular movies, TV shows, and other games.

Sweeney’s aversion to centralized control over the future metaverse lines up well with Epic’s fight against “walled garden” ecosystems like the iOS App Store and Android’s Play Store. Epic pushed back against both due to their required cut of all sales through each respective storefront. However, “Fortnite” itself is similarly a closed ecosystem.

Players can buy in-game items in Fortnite using virtual currency purchased with real money, but they can’t move those digital assets off of the platform or resell them for potential profit. Decentralized, Ethereum-based metaverse games like The Sandbox and Decentraland, on the other hand, are built around interoperable, user-controlled NFTs.

Besides Fortnite, Epic Games is otherwise well-positioned to capitalize on the metaverse movement. Epic’s Unreal Engine creation suite is widely used across the gaming and other creative industries, its Epic Games Store is a popular PC gaming marketplace (and open to NFT-centric games, unlike rival Steam), and it has also acquired a number of technology startups focused on gaming, online social interactions, and lifelike graphics.

Whether Epic Games’ future metaverse-centric moves embrace a more decentralized and/or crypto-fueled approach remains to be seen. The full-fledged vision of the metaverse seen in Facebook’s presentation may still be years away, but Sweeney sees enormous business opportunity in the space.

“Over the coming decades, the metaverse has the potential to become a multi-trillion-dollar part of the world economy,” he said at the conference.