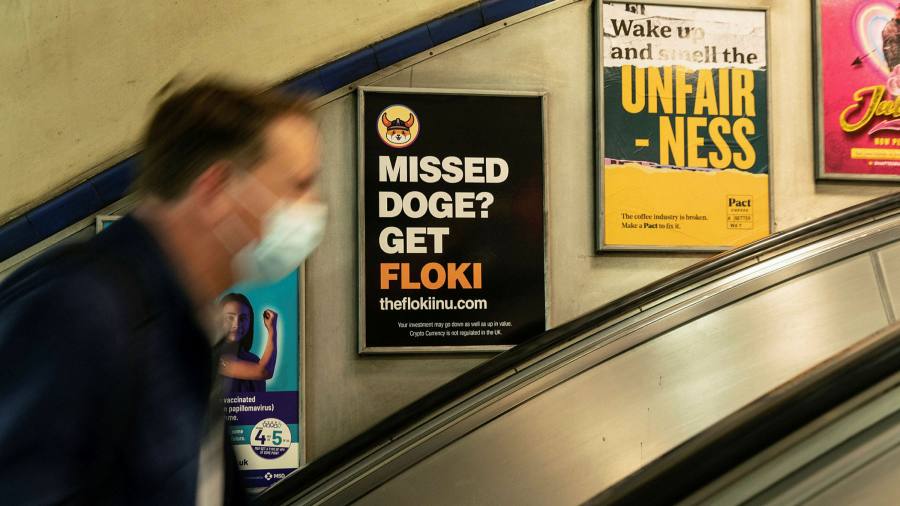 The Advertising Standards Authority told the Financial Times it has opened a formal inquiry into whether the promotions for Floki Inu, a digital coin inspired by Elon Musk’s dog, breached UK marketing standards.

The regulator’s decision comes as several members of the London Assembly, which oversees the city’s government, backed calls for either a ban on crypto advertising on public services or a review into how Transport for London scrutinises these marketing campaigns.

A spokesperson for London mayor Sadiq Khan, who chairs the TfL, said the government body that runs the city’s Underground and bus network has requested input from both the ASA and the Financial Conduct Authority “for their views on the concerns being raised”.

“Once TfL has that input they will consider what action might be necessary going forward,” they added.

Floki Inu’s marketing blitz appeared across the capital’s transport system last month with adverts displaying the slogan “Missed Doge? Get Floki” splashed across Underground stations and trains, as well as on buses. The campaign, one of several initiated by digital token operators on TfL services this year, highlights how crypto outfits are seeking to tap into the growing enthusiasm for trading digital assets. 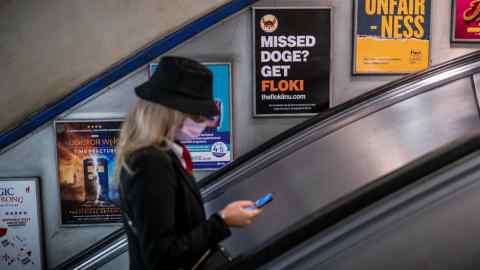 Most cryptocurrencies’ adverts fall outside the scope of the UK’s specialised rules for advertising financial products that are overseen by the FCA, and are instead supervised by the ASA, an industry self-regulatory body.

The ASA told the FT it was “investigating some aspects” of the Floki ads following a review, but declined to provide details “for fear of prejudicing the investigation”.

Floki Inu said its London ads complied with “all laws and regulations. The advertisements were approved by legal and by the governing agency implementing the advertisements.”

TfL said all crypto adverts are already subject to extra review and required to carry disclaimers, and that the Floki ads were cleared by the ASA’s copy advice service. The service allows advertisers “to check how their prospective non-broadcast ads measure up” against relevant marketing rules, according to the ASA.

Liberal Democrat and Green party members of the London Assembly said this week that TfL should not accept any more crypto ads at least until the UK government and FCA set out new guidance on cryptocurrency advertising. The Labour party, the assembly’s largest group, urged TfL to more closely review the crypto ads.

Two Conservative members said TfL should continue its current approach. “It’s tempting to ban stuff when you guess people may reach the wrong decision, but if you remove agency from adults you end up infantilising them,” said assembly member Andrew Boff.

The UK Treasury proposed in July 2020 to apply a stricter set of rules for financial advertising to most cryptocurrencies. The finance ministry has said it will publish its response to a consultation on the rule change by the end of the year.

Floki Inu’s price has surged more than 5,000 per cent since the summer, according to Coinbase data.